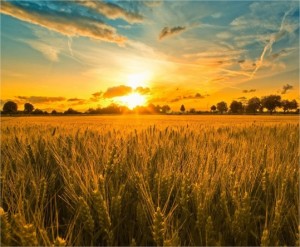 John (Jack) Thomas Brannen, 85, passed away peacefully on his farm in Blackfalds on April 12, surrounded by his family.

Jack was born on October 4 1936 in Elk Point, Alberta and moved to Blackfalds with his mom Ava, dad Thomas, sister Lorna and brother Terry when he was six weeks old. He attended school in the area - graduating from Lacombe High School in 1955.

He went to work in the oilfield, raising money to start farming. He met Bev in Blackfalds where he played baseball and they were later married at the United Church on July 9, 1960.

Jack and Bev stayed in the Blackfalds area on their farm where he actively farmed until his passing. Jack liked to collect odd and unusual animals. He loved hunting, horseback riding and pony chariot racing. In his later years he enjoyed attending rodeos and teaching his grandchildren how to enjoy farm life. Farming and his family were the loves of his life.

He was predeceased by his parents and a son and is survived by his wife Bev of almost 62 years and his family Sue Crackston (Troy & Shelby), Barb and Freeman Herron (Logan), Teri and Paul Gallagher (Aly & Sydney) Ben Brannen and Richard Dingeldein, as well as numerous nieces, nephews and many friends.

A Celebration of Jack's Life will be held  at the Wilson's Funeral Chapel, 6120 - Highway 2A, Lacombe, Alberta on Tuesday, April 19, 2022 at 2:00 p.m.  Cremation has been entrusted to Wilson's Funeral Chapel and Crematorium. The family would like to invite attendees for refreshments following the service at the Lacombe Royal Canadian Legion, Branch #79.

The family wish to thank Dr. Darnell from Family Medical Associates as well as Dallas and the staff at Lacombe Home Care who allowed them to care for him at home where he wanted to be.

Thanks also to Sandy at Comfort Keepers for reminiscing during some long nights.

If friends so desire memorial tributes may be made directly to the Lacombe Palliative Care Society, P.O. Box 5576, Lacombe, Alberta  T4L 1X2 or http://www.lacombepalliativecare.com/, The Lending Cupboard, #1, 7803 - 50 Avenue Red Deer, Alberta T4P 1M8 https://www.lendingcupboard.ca/, or a charity of the donor's choice.

To send flowers to the family or plant a tree in memory of John "Jack" Thomas Brannen, please visit our floral store.