Share a memory
Obituary & Services
Tribute Wall
Read more about the life story of Rodger and share your memory.

It is with great sadness we announce that Rodger Francis Voll of Lacombe, Alberta passed away peacefully, surrounded by his family, on December 2, 2022, at the age of 74. He is survived by his wife of 54 years, Mary Jean (Boyd) Voll of Lacombe, AB, daughter Shalee (Voll) Healing of Lacombe, AB, grandchildren; Jason Voll of Lacombe, AB, Amanda Holmedal of Vancouver, BC, Ashlee Voll (Craig) of Leduc, AB, and Jared (Lucille) Healing of Clive, AB, great grandchildren, Jaxon (Ashlee), Kaylee & Jacob (Jared & Lucille). His siblings, Jim (Valerie) Voll of Wainwright, AB, Jerry (Peggy) Voll of Edmonton, AB, Betty (Russel) Klassen of Lloydminster, AB, Leland (Donna) Voll of Wainwright, AB. His in-laws, Sharynne (Richard) Thomas of Medicine Hat, AB, Gary (Robyn – predeceased) Boyd of Clive, AB, Scott (Donna) Boyd of Drayton Valley, AB. Nine nephews, eleven nieces, and numerous great & great-great nieces & nephews. He is predeceased by his daughters Sheila Voll & Shanna Voll and his parents Joseph & Mary Voll. Many of his other family and friends who knew him for the humorous stories he told of the many adventures he had in his life as well as his unfailing compassion for others will sorely miss him as well.

Private service to be held for immediate family and a memorial service planned for late spring, to be announced.

He was born October 20, 1948 in Shaunavon, SK. He met his best friend Mary Jean in 1958 and they married in August 1968. Working on the family farm trained him to never shun hard work. He started working on drilling rigs with his uncle Chance in Alberta but returned to Shaunavon to work on service rigs with his brother-in-law Gary. He bought a truck and he and his uncle Chance then worked road construction. Rodger & Mary Jean started their family, then with two little girls Sheila & Shanna, moved to Calgary then to Kelowna, working as a transport driver. They then moved out to Manitoba to help his mom & dad set up and operate their ranch, where his youngest daughter Shalee was born. Rodger moved his family back to Shaunavon working for Marathon as a pumper, later buying and operating an oilfield maintenance company. Then he went into partnership with his brother Jim and Dean Dixon forming a joint venture to buy and operate the service rigs he had originally been working on, naming the company Jurassic Well Servicing. When they expanded the company he moved the operation to Wainwright and Jim joined him there a year later. Two years later Rodger moved his family and the bulk of the expanding company to Sapulpa, Oklahoma, during the Canadian oilfield lull. Returning to Canada a year later, he bought out his partners and ventured on his own with three service rigs, operating for an additional five years. Rodger and his wife then started a magazine publication called Home Trader, and he also began his childhood passion for inventing and innovating. He was often tinkering in the garage or kitchen testing and perfecting his innovations. He also made sandblasted signs using his creative, artistic talents for local farmers and businesses. He then purchased manure spreading trucks, cleaning cattle corrals and moved his family to Lacombe to continue the operation. Then he started an Industrial and Residential painting company with his wife Jeannie, working in the oilfield, commercial buildings and large contract painting projects, and even began creating custom wall sculptures. He returned to the transport trucking industry, hauling dangerous goods, all while continuing his love of inventing. He invented one use coffee pouches, lava bar-b-q rocks, safety swing back universal lawnmower blades, and began extensively researching a liquid, solid and gas weight measuring regulator for transport trucks, after an industrial accident he had. His most successful invention was Shaver Sharpening Heads. After getting it patented, he again partnered with his brother Jim to help invest in the full scale manufacturing operation of the product.

His love of music, playing the trumpet and saxaphone was something he passed onto his daughters. He was actively involved with their upbringing, teaching them all to play chess, stand up for themselves, and change a tire or oil on a vehicle. His work ethic and moral was taught with much love and laughter, teaching them to maintain themselves like sons, but with the love and respect they should expect as his daughters. He always filled our home with laughter and even in challenging times they knew – his love and loyalty was unwavering. He had so many interests and hobbies including cooking, gardening, wood working, model airplanes, coin collecting, painting, drawing & sketching, and always encouraged his girls to pursue their interests and to not be afraid to try something new.

He shared his love for his Lord and Saviour with them and anyone else who was exposed to him. The most important things to him was his family and his deep devotion to his Saviour and always his wife Jeannie, his life partner and love of his life. His humorous antics and side splitting funny stories of everyday events and his experiences could only be appreciated when told by him, that could fill volumes. He experienced many miracles, great adventures, but also great tragedies, always the rock of strength to his family, the comforter, and prayer warrior to us all. We were always safe at his side, and home was always the best place to be in good times and in bad times. He touched everyone he met with his quirky, spontaneous, funny quips that made you feel like you were with an old friend even if you had just met him. He always had time to share, encourage, or simply show you what you needed to do. Always willing to help, even a total stranger. His life was full of meaning, and those of us who were fortunate enough to spend any time at all with him, are sure to have a special unforgettable moment of exposure to his quick wit that is especially memorable.

Rodger and Jeannie renovated a number of homes and yards over the years using his extraordinary wood working and finishing skills, settling on a smaller home in a mature neighborhood, as they approached retirement completely remodeling it and lived there for the last 17 years.

The door was always open and the coffee on for a quick visit from friends and family passing through where the conversation and memories would pick up like they had never ended. He was a very special and unique soul who loved the LORD, loved his wife, loved his family and friends completely and regretted none of it.

We all love and miss you so much my great love, my daddy, my grampa, my great grampa, my brother, my uncle, my friend.

To send flowers to the family or plant a tree in memory of Rodger Francis Voll, please visit our floral store. 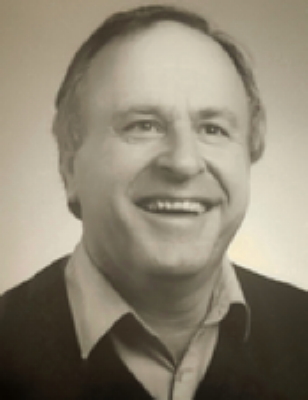 In Loving Memory Of

Look inside to read what others
have shared
Family and friends are coming together online to create a special keepsake. Every memory left on the online obituary will be automatically included in the book.

In Loving Memory Of

Look inside to read what others have shared

Family and friends are coming together online to create a special keepsake. Every memory left on the online obituary will be automatically included in the book.

You can still show your support by sending flowers directly to the family, or by planting a memorial tree in the memory of Rodger Francis Voll
SHARE OBITUARY
© 2023 Wilson's Funeral Chapel & Crematorium. All Rights Reserved. Funeral Home website by CFS & TA | Terms of Use | Privacy Policy | Accessibility